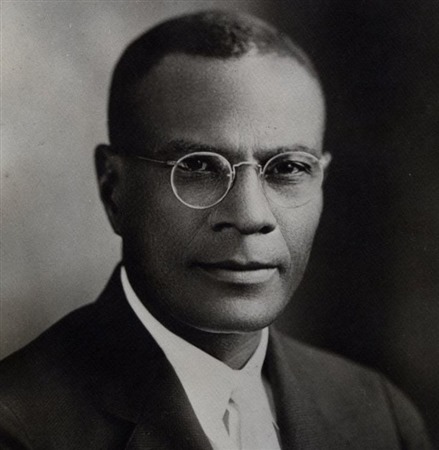 The son of freed slaves, Ellis Walker Woods was born in the hills of eastern Mississippi in 1885. He spent his early youth farming and set out for Rust College, a school for African-Americans, in Holly Springs. He worked his way through both the secondary and collegiate levels at Rust, and upon graduation Woods set out for Memphis, Tennessee to make his fortune.

With few employment opportunities presenting themselves in Memphis, Woods found a flier advertising teaching positions for "colored" teachers in Oklahoma. He undertook the five hundred mile journey from Memphis on foot, crossing farm fields and walking along railroad tracks, finally arriving in Sapulpa, Oklahoma. His stay in Sapulpa, where he lodged in the barn loft of a generous farmer, was brief. Woods traveled from Sapulpa to Tulsa, where he began his tenure, which would span thirty-five years, as the first principal of Booker T. Washington High School in 1913 to 1948.​

Woods life while at Booker T. Washington High School was colorful, even including a tense encounter while on a family trip back to Mississippi in the summer of 1933, with the notorious criminal known as Pretty Boy Floyd. During his tenure, Woods focused on hiring teachers with advanced degrees, leading to Booker T. Washington High School being accredited by the North Central Association.

Woods became a pillar of the community in segregated Tulsa, and often was consulted on matters of race by the authorities. The end of World War II heralded the era of racial integration throughout the country, and in 1946 the Governor of Oklahoma consulted with Woods to plot a course for academic integration in Oklahoma. Woods' dedication to education, and his students, led him in his last years to work towards securing funding for a new physical plant for Booker T. Washington High School. He succeeded in securing the requisite school funds, a formidable task given that school segregation was still the norm and funding for schools serving African-American communities required separate municipal bonds to be issued.